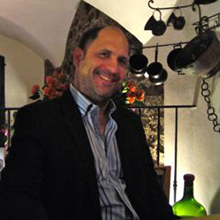 George Bours is the Executive Producer of the television series, "4 Kings", which is currently in production. Written and created by Mars Callahan, a longtime collaborator with Bours, the series explores the underground poker world.


Bours has also worked in the documentary realm, working as the Post Producer on the moving film, "After Kony: Staging Hope", which follows a theater group as they work with youth in Ugandan IDP camps to write and perform plays about their own experiences.


Another recent project was the Cinéxico Film Festival which he co-founded, and which focuses solely on Mexican films. Bours also functioned as the technical director, which was a challenge given that no theaters exist in Loreto, Baja Sur, where the festival was held, and the screening venues had to be constructed from the ground up.


George Bours spent many years working as Director of Audio Services for Crest Digital Media, supervising the completion of hundreds of titles for domestic/foreign theatrical film, DVD, TV and radio markets. Notable projects included "Around the World in 80 Days" and "The Jackson Family Dynasty". His clients included Buena Vista, Warner Bros., Dreamworks SKG, Anchor Bay and other major studios, and he has worked with some of the most innovative artists in film including Dennis Hopper, Werner Herzog, Wes Craven and Wim Wenders.


Bours and Callahan first teamed up on the feature film "Double Down", starring Jason Priestly. In subsequent years, he partnered with Callahan on two more independent features: "What Love Is?" (Cuba Gooding, Jr., Matthew Lillard, Gina Gershon, Anne Heche), which utilized Bours' knowledge and expertise in the production work-flow for the technical challenges presented by this film, which was shot in only eight days using four Thomson Viper cameras. They also collaborated for the feature "Revenge of the Zeroes: Spring Break '83" (John Goodman, Jamie Kennedy) in 2009.


Other projects include those done under the name Take 3 Productions, which Bours co-founded, including the independent film "Absurbia: Four Tales", music videos for Christopher Guest's music project, "The Beyman Bros.", and a behind-the-scenes documentary for blues artist Rod Piazza which Bours also directed. 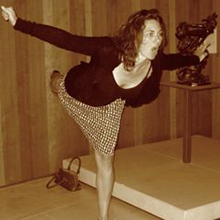 Griner has worked on studio, independent, and short films, as well as commercials, music videos and documentaries. One of her most recent creative endeavors was the Cinéxico Film Festival which she co-founded and directed. Held in Loreto, Baja Sur, the festival focuses on Mexican productions and stories that focus on the Mexican experience.


She line-produced the feature-length documentary, "After Kony: Staging Hope", which won several audience awards on the film festival circuit. Shot in an IDP camp in northern Uganda, the film follows teenagers as they write and perform plays for their community to educate them about the serious social issues they face: abduction (LRA) and AIDS. Responsibilities included overseeing the complicated logistics for traveling the film crew and equipment to the remote location, conducting on-camera interviews, producing short docs relevant to life within the camp, organizing the footage daily while working with the director on story, and collaborating throughout editorial. She has produced and directed several short documentaries as well, and loves telling the stories of the (extra)ordinary people in our everyday lives.


Griner has line-produced and supervised other feature films and shorts as well as worked in production on scores of commercials, from huge budget short films for BMW and high-profile print ad campaigns to self-financed tiny budget music videos. In her unique role on two Christopher Guest films, she joined the projects during early development and pre-production and then continued to serve as the post-production supervisor as she followed the films through to release. She has produced several music videos, including Jamie Lee Curtis' directorial debut, directed and produced two for Guest's music project "The Beyman Bros.," and produced an independent film made up of four segments, one of which she wrote and directed ("Absurbia: Four Tales"). She loves the variety of challenges presented by each new project.


She holds a Journalism degree from the University of Colorado at Boulder and an M.A. in Media Studies from Cal State University, Los Angeles. She has a particular interest in projects that address social issues that impact our collective existence, and has dabbled in politics and remains an active advocate for issues that are important to her.


Past Projects
Back to Top